To share your memory on the wall of Claude Haag, sign in using one of the following options:

Print
Claude G. Haag, 73, of Swea City, Iowa, died in a farm accident at his home during the week of December 14th.

The family will conduct a private graveside service with military honors at 11:30 AM on Wednesday, December 23, 2020. The ser... Read More
Claude G. Haag, 73, of Swea City, Iowa, died in a farm accident at his home during the week of December 14th.

The family will conduct a private graveside service with military honors at 11:30 AM on Wednesday, December 23, 2020. The service will be live-streamed and may be viewed using the following link:
https://www.facebook.com/henryolsonfuneralhome/live/.

A celebration of life is planned when the pandemic has passed. During the celebration of Claude’s life, we will cherish hearing your stories and reflections of your experiences with our brother.

Claude was born October 5, 1947, in Buffalo Center, Iowa to Claude J. and Bernice Haag. After graduating from Swea City High School, Claude enlisted in the U.S. Army and was inducted in September 1966. He served one year in Vietnam as an Administrative Specialist and completed the remainder of his four-year service stateside. After his discharge in September of 1970, Claude returned to Swea City and farmed with his dad until his dad’s retirement, after which, he continued to farm until the time of his death.

Claude was a man of integrity and honor; whose word was as good as a legal contract. He enjoyed reading and visiting with good friends. He especially enjoyed giving a hard time to those he knew best. He will be greatly missed.

Claude is survived by three sisters, Vicki Schleusner of Eau Clare, Wisconsin, Kathy (Aaron) Keller of Ames, Iowa, and Marilyn Haag of Ames, Iowa; a niece and four nephews, as well as 14 great nieces and nephews.

He was preceded in death by his parents, Claude & Bernice Haag and his brother-in-law, David Schleusner.

Memorials may be given to the Swea City Public Library.

On-line condolences may be directed to www.henryolsonfuneral.com.
Read Less

Print
The family will conduct a private graveside service with military honors.

We encourage you to share your most beloved memories of Claude here, so that the family and other loved ones can always see it. You can upload cherished photographs, or share your favorite stories, and can even comment on those shared by others. 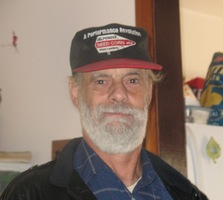 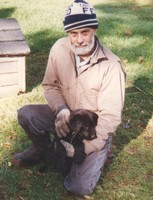