To share your memory on the wall of Garry Sicard, sign in using one of the following options:

He was born September 1, 1935 at Hartley, IA the son of Felix Joseph and Winifred Elizabeth (Schlarbaum) Sicard. He attended schools in Harley graduating high school in 1954. He played guard on the football team all four years of high school and was proud that they only lost one game; the last game of the season his senior year. He also played trumpet in band and scored high in competitions. Garry was very proud of being from Hartley.

After graduating in 1954 he fulfilled a dream when he enlisted in the US Navy. He was subjected to a very thorough physical exam at Great Lakes where it was determined he had a heart murmur. He was devastated when he was granted a medical discharge; the heart murmur never showed up on any other physical exams. He attended Palmer College of Chiropractic in Davenport but moved to Minneapolis after one year of schooling. Garry was employed at United States Steel until they left Minnesota and then became a warehouseman; first at Gamble Skogmo until they closed and then at Hardware Hank until they moved to South Dakota.

Garry married Nancy Oveson of Mound Minnesota on May 4, 1957 in Mound and became the father of four daughters; Bambi, Susan, Michelle, and Sandra. They divorced in 1968.

On May 12, 1970 Garry married Mary Ellen Boggess in Minneapolis. Mary Ellen was born and raised in Estherville, Iowa. In 1973 they purchased a home in St. Louis Park where they lived while in Minnesota. Garry was a member of Northwest Tennis and Swim in St. Louis Park where he made daily trips to exercise and play racquetball. In September of 2001 they had both retired and they moved to Estherville. Garry became a member of the Regional Wellness Center when it opened in 2004. Visits to the RWC became a daily ritual. Garry enjoyed his homes, his pet cats, family gatherings and all music. He will be remembered for his big smile, his huge laugh, his ability to make everyone else laugh, his generosity and his ability to put up with Mary Ellen which was not always easy.

Garry is survived by his wife Mary Ellen, his four daughters, five brothers-in-laws and two sisters-in-law: Larry and Jan Boggess of Colorado Springs, CO, Maureen Haisman of Vinton, IA, George and Linda Boggess of Omaha, NE, John Boggess of Winder, GA, Marlene and Larry Walthart of Estherville, IA, William Boggess of Estherville, and Steve and Janeen Boggess of Carver, MN, and many nieces and nephews of the Sicard and Boggess families.

He was preceded in death by his parents, his only sister Audrey Mae and her husband Robert Kohn of Hartley, IA and his sister-in-law Martha and her husband Ben Haigh of Estherville, IA.

Due to the pandemic experienced in 2020 there will be no services at this time. Burial will be at St. Patrick’s Catholic Cemetery in Estherville.

Memorials may be given to Emmet County Animal Shelter in memory of Garry.
Read Less

Print
There will not be any services at this time for Garry.

We encourage you to share your most beloved memories of Garry here, so that the family and other loved ones can always see it. You can upload cherished photographs, or share your favorite stories, and can even comment on those shared by others.

Posted Jan 04, 2021 at 11:24am
What a great picture of Garry! The big smile. Garry would always greet you with the big smile and a firm handshake and a hi Bog typically followed by a joking comment about my growing midsection. He had great faith in humanity and would do anything to give a hand when needed. Our family misses him.
Comment Share
Share via: 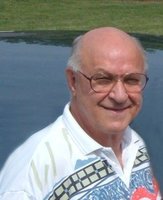 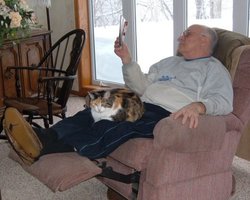